Keith Ammann joins me to discuss his book, The Monsters Know What They’re Doing, which provides highly-detailed tactical guidance for monsters in 5th Edition Dungeons & Dragons. He speaks about the his interest in strategy games and how that influenced his approach to running gaming sessions.

He discusses how to run monsters realistically to further engage players and make their achievements at the table more meaningful. He provides examples from his book on creatures such as goblins and highly-intelligent monsters such as the mage. We explore multiple aspects of combat including complexity, difficulty, and morality.

The Monsters Know What They’re Doing reminds me of the write-ups for early 4th Edition D&D monsters, and that information is sorely missed in 5th Edition. I recommend the book strongly for anyone running 5th Edition sessions. 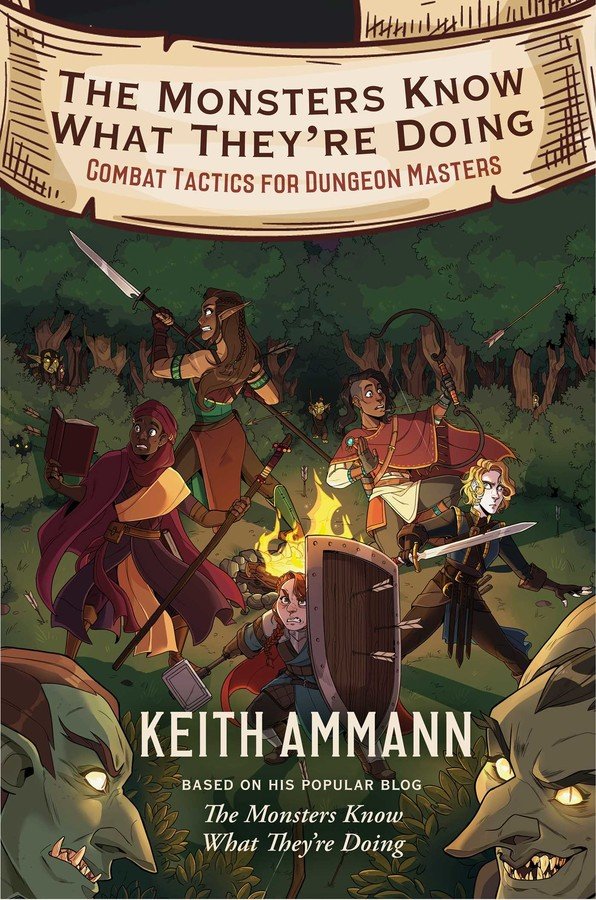 Enjoy the 58th episode of Ego Check with The Id DM!

And please subscribe to the podcast at one of the links below:

Please consider leaving a review on iTunes and help spread the word about the show.

Earlier in the month, Scott Rehm spoke about the importance of player choice during the life of a campaign. While there is certainly nothing wrong with traveling to a dungeon and clearing out monsters just for the sake of doing it, he emphasized that a DM should ensure that the party is actively choosing their path and making decisions that resonate throughout the campaign world. I have strived for this in my homebrew campaign, but I want to avoid making every decision a moral quandary. If you give players the same moral litmus tests repeatedly, then the campaign will become boring. I’ve been thinking about new ways to develop a storyline for a campaign that includes player choice, morality and potential conflict amongst party members. And when in doubt, I return to my roots in psychology.

While communicating with Sarah Darkmagic and others recently, I had the thought that a DM could benefit from borrowing concepts from some of the most famous psychological experiments to date. A great book for anyone even mildly interesting in psychological research is Forty Studies That Changed Psychology. One of the most ground-breaking series of studies featured in the book was performed by a Yale University psychologist, Stanley Milgram, in the 1960s. In his research, Milgram set out to learn more about the behaviors and sense of morality that led to the Holocaust. He devised experiments that examined the willingness of study participants to obey an authority figure who instructed them to perform acts that conflicted with their personal conscience. The results demonstrated that ordinary people were capable of inflicting a great deal of pain on others when ordered to do so by an authority figure. Milgram summarized his work:

Ordinary people, simply doing their jobs, and without any particular hostility on their part, can become agents in a terrible destructive process. Moreover, even when the destructive effects of their work become patently clear, and they are asked to carry out actions incompatible with fundamental standards of morality, relatively few people have the resources needed to resist authority.

Below, I briefly describe Milgram’s research, and then offer an example of Omar, a well-respected NPC, to demonstrate how the concepts of authority and obedience can be used to engage your adventuring party with real choices throughout the life of a campaign.